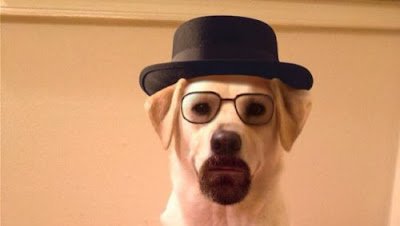 In this fast paced world it’s so easy to overlook the signs of ageing. With new pop stars looking like kids and old pop stars acting like them it’s all so confusing. Take this handy cut out questionnaire to see if you are old enough to be considered for the scrap heap.
How would you describe your face?
A) Smoove man no wrinklies like I care, YOLO
B) A bit tatty around the edges as it’s seen some things I can tell you but overall not bad.
C) It looks like a leathery dinosaur scrotum.
Where do you shop?
A) Online using the latest gadgets, get wiv it doofus it’s sick.
B) At the supermarket usually with a list that I rarely follow.
C) At any place that sells substantial amounts of alcohol to get me through the long days where I feel as though I don’t fit anymore as it’s all so confusing.
Your friends call you Spider-Man, why?
A) Because I’m one buff mutha that’s all over you bitch.
B) Maybe they think I’m cool for my age.
C) When you get in the bath you have trouble getting out again.
Are you forgetful?
A) No way, unless I’ve dropped some dope man, then I’m sky until morning glory.
B) Ocassionally I will walk in a room and forget what I’m doing there, but a guess that’s just my age.
C) I can remember what a bus ticket cost in 1975 and how everything was a lot nicer but can’t seem to remember my PIN number. I think its 9263 but they tell me never to tell anyone that so I won’t apart from that Nigerian Chief that wants to send me some money.
How would you describe Trippin’?
A) Like I be trippin’ all over your grill, I flat roofed a crump it was off the hook, just kotch.
B) Oh dear, I hope that isn’t anything to do with drugs.
C) A terrible fall I had in Tesco’s that dislocated my hip again.
What makes you swear?
A) Hahahaha you du you silly old f@&£3£, gud god yur so fick its fudge.
B) I try not to swear actually, they go a bit too far on television so I turn the sound down.
C) That bloody Mabel shouting BINGO again the lucky cow.
RESULTS
Mostly A’s – young
Well done, you are not old but you may be a bit of a knob, it’s not your fault though as there is always someone else to blame and if you can’t find that there’s always Twitter and Facebook you can vent off on. You do not yet know the curse of insomnia.
Mostly B’s – 30-40
You were bought up to be a little more respectful but are also tainted by life, computers still remain a mystery to you although your children can run rings around you. Your body is still in working order but it’s ready for an MOT next year as bits are starting to need a little help to stay firm.
Mostly C’s – 40+ Ancient, really, really ancient.
You are considered over the hill and look on with disdain at an ever increasingly misguided world. The olden days were the best but now you look in the mirror and start to see the laughter lines changing to bitter trenches of disappointment. Your record collection consists of easy listening and the only knobs you see on a television today are not to change the channel but the celebrities and wannabes. Sleep evades you on a regular basis and the noises you used to make during sex are now the same ones you make getting out of bed. Only this morning you have found you can sit on your own testicles and your breasts touch your knees. No longer a ‘looker’ your have more of a ‘look’ and can almost hear the steady hum of a mobility scooter entering your life.
Cheer up, at least slippers feel more comfy the older you get.
Today’s quiz has been bought to you by wwww.oldtossers.co.co.uk, tomorrow try our new quiz, fart or follow through, fun for the whole family!