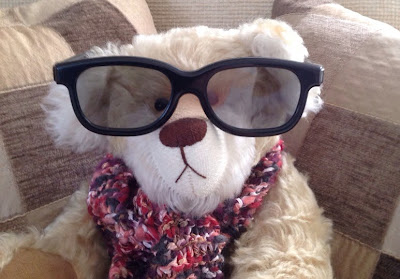 Ted Rogers here with your weekly pub quiz, prizes this week include a box of bugger all, two empty promises and a tub of apathy as I tease you with questions to quiz.

A) In Goodfellas the naughty word beginning with ‘F’ or its variants is used how many times?

B) Who was originally going to play Alex Foley in Beverly Hills Cop?

C) I’m bored of this already when will it all end?

It started out like a good idea but quickly turned incredibly boring instead lets reminisce about an hotel I stayed in a week or so ago. In fact lets not reminisce instead I will tell you about breakfast as I’m still trying to blank out the other hideousness.

Nice cooked breakfasts should be savoured, one in a hotel more so as it involves no effort whatsoever on your part only the need to cut and shovel it in. Ordering should be straight forward too, as it was in this case, ‘Yes, I shall like two cooked breakfasts’ for lo and behold both myself and Jayne were sat at a table for two.

‘Just the two?’, ‘Yes, just the two’ I replied after pausing and looking around dramatically to an empty dining room just to get the fact over that indeed, there were only two people requiring a fried food emergency within a hundred feet of our waiter. So what came later was a bit of a surprise, one single plate of food.

‘Excuse me we ordered two.’, ‘No, you didn’t’ came the rather haughty reply, not wanting to get into a pantomime ‘yes, we did’, ‘no, you didn’t’, ‘he’s behind you’ I politely asked them to check. He had pressed one instead of two on the order button that informs the chef to rev the microwave up but he decided to rough it out and not admit he was at fault by blaming on the kitchen.

Still, the surroundings were pleasant enough so we waited, the single breakfast started to loose some of its bouncy hotness whilst it waited for its counterpart to arrive which it did. We knew it had arrived because it was slung down with such force it knocked over the pepper pot by a second waitress who turned away without a word. Obviously we were marked as trouble by the staff.

Poached eggs are not the easiest but in a restaurant that has been in business for many years and serves breakfast everyday for over a hundred people you would have thought it would be mastered by now. My poached egg oozed uncooked egg white all over my plate, as did Jaynes as she broke into it. I don’t mind slightly undercooked poached eggs but this was positively slimy in comparison, it slid and oozed all it way over to the uncooked bacon. Did I say uncooked? Yes, it was raw at one end as if it had been left out of the frying pan or grill, not nice.

Oh hum, over came another waitress to address our problem and the breakfasts were whisked away for attention whilst we endured a third waitress hanging on the edge of the table offering apologies. When the breakfasts returned they looked like they had been cremated, the bacon edges were black, the eggs almost hard boiled and the sausage had gone in for a second dip in the frying pan to give it that oaky crisp look which failed to cover up the fact that when you went to cut it the sausage simply folded in two because of the amount of gristle inside.

It’s one of those things, occasionally places you have visited before have bad days so we finished and left.

The very next day we sat at the same table for breakfast, our faces were known so immediately we had a waitress from the day before attend as soon as we sat down and offer yet more apologies from nearly giving us pork poisoning. Over compensation can be just as bad and we got over compensation in bucket loads.

The upshot was we sat with a bowl of cereal, toast, coffee, tea and two full breakfasts on a small three foot square table after our waitress took our orders and delivered everything at once. I even had to lift up my cereal bowl half eaten as the cooked breakfast was delivered, it most have looked decidedly odd but never dawned on our waitress that maybe we were not quite ready as we held our bowls aloft scooping fruit and cereal into our mouths.

A decidedly odd affair, compounded by getting locked out of the hotel and the room and finding yet another pair of underpants in a drawer. What is it with underpants in drawers? The last hotel I stayed in had underpants and a sock which I removed using a pencil.

On the positive side I did get myself a shoe mitt, I do love a good shoe mitt.