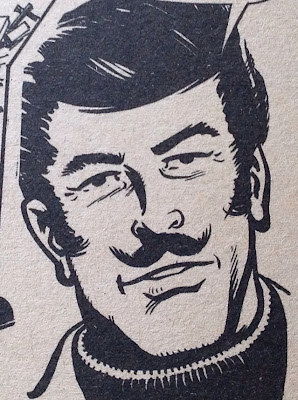 Colonel Dick Stiffler here with some facts about Easter that you may not know. Be prepared. Be Vigilant. Listen to Stiffler.

Easter was invented in 1945 to help sell the egg surplus after the war. The surplus came about when all the chickens finished making tanks and planes in workshops and returned to their coops, with nothing else to do they laid eggs causing a major problem. The ministry of food came up with the idea of Easter after inventing Christmas in 1929 to sell more turkeys.

The biggest egg ever found was the egg of a Brontabaconeggandchipsasaurus. It was discovered in the Sahara desert in the 60’s. Bigger than six double decker buses it was spotted from space when Neil Armstrong stepped off Apollo fifty three and on to the surface of the moon. His famous words ‘One small egg for man, one giant egg for mankind’ helped scientists pinpoint it’s location. The egg was famously rolled from the Sahara to Cape Canaveral for Neil’s return. It took six weeks to cook and needed two million bread soldiers to dip and fed NASA’s staff for six years. The shell was hollowed out and trimmed only to become the Millenium Dome in London.

Easter was originally called Wester but plans in place for Northster, a day celebrating black pudding put a stop to that.

In 23BC cavemen celebrated Easter by hitting each other on the head with stone clubs, the caveman that produced the biggest ‘egg’ shape won a coveted chocolate dinosaur with a bow around its neck. It wasn’t called Easter then it was called ‘Ugg’ which roughly translated is Easter.

The Egyptions celebrated Easter eating Toblerones, the craze got so big that Tutankhamen’s tomb was created in the Toblerone shape and was originally covered in chocolate until a particularly hot day melted it and Cairo was swept away on a sea of sweet smelling cocoa. The chocolate river carved such a path on the landscape that when it reached the sea all the water flooded back in to make the Nile.

Men should call all ladies ‘chicks’ at Easter, it’s charming and I’m sure they will appreciate it.

Ladies, if anyone calls you a ‘chick’ during Easter hit them very hard.

‘Chick’ is short for ‘Chickipullmonaryaspergingcluckclucktweettweet’ a condition that causes sufferers to walk around flapping their arms and ‘cheeping’ at everything. Sufferers also have trouble climbing stairs and can be found taking small leaps only to fall on their backs flapping around.

That’s about it for Easter, I’m spent.

Enjoy your Easter, I’m off to sort out my bayonet and to go to my backyard trench and ‘dig in’. Don’t let any of those buggers tell you otherwise, Easter is war. Batten your doors, block those windows, those egg firing chickens have teamed up with chocolate bunnies and this Friday they launch all out war.

‘Eeek!, who are you? Why do I have to put this white coat on backwards?’

‘A room with cushions for walls you say? Sounds just the ticket!’

Tally Ho for now folks, some delightful men are giving me a ride in a white van, apparently it’s going to be like a hotel or something.

Remember, Be prepared. Be Vigilant. Listen to Stiffler!