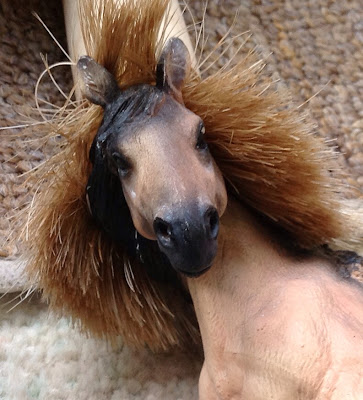 I’m Dixie Normous owner and stylist at Trotting Clippers an exclusive hair studio in the heart of Mansfield. We offer competitive clips, comfortable clops and styles you wouldn’t believe, we are stylists to the stars and are the first to offer the ‘Rip Strip’ the excruciating painful way to have a perfect bikini line using superglue and an old dish cloth. 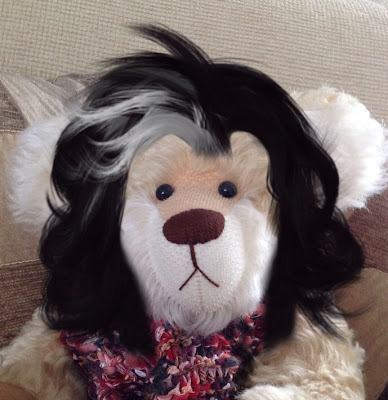 This is Liberace Sweet Cheeks our top stylist, he’s most famous for working along side John Wayne during his film career. 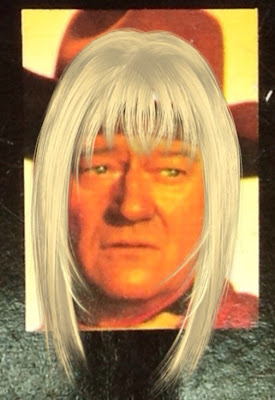 As you can see he has produced some stunning designs. Over the years from our shop in Mansfield, just down from the old Tesco’s and up two flights of stairs, pop the light on and climb the step ladder in the attic and your there, we have built up a roster of famous barnets sculptured to perfection here at Trotting Cloppers. 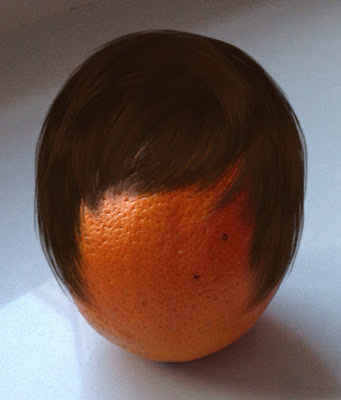 After many years of practice we came up with the Justin, here shown on our current model. We came up with this now famous hairstyle for no other than Roger Moore who needed something to accompany his massive eyebrows. 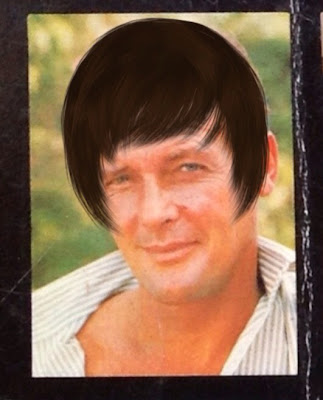 Doesn’t he look stunning! Roger loved this hairstyle so much he bequeathed it to the entire music industry and is paraded today by some of the biggest or smallest stars depending on which way you look at it. Although we don’t hold it responsible for writing inappropriate comments in visitor books or indeed anything to do with monkeys.

Our biggest claim to fame is the restyling for George Lucas of the entire Star Wars cast, underneath all that makeup for the very first time we can reveal the real look of Star Wars.

In my new book Star Wars – Beneath The Helmets I show you stunning photos taken on set a few of which are shown here. 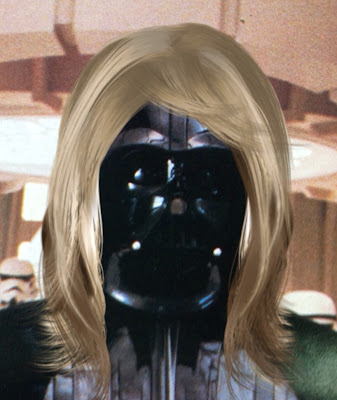 Darth had a serious problem, he was worried he wasn’t going to be taken seriously when threatening to destroy the Rebel Alliance and decided what he needed was a new look. We suggested this lovely blond sweep, not quite Farrah Fawcet but subtle enough to give Darth a whole new image and boy did he feel fabulous. Feel the force of this baby, this will light up your sabre. Hubba Hubba! 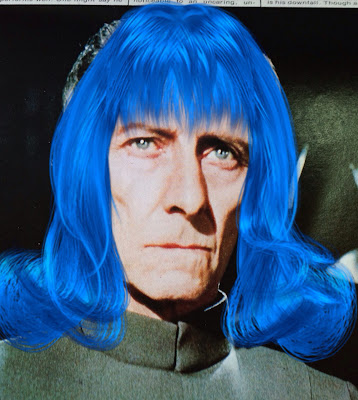 Peter Cushion, ever the joker decided on this outlandish style, a style mirrored by Katy Perry many years later after we showed her this photo just last week when she popped in to say hello as she did her weekly shop at Lidl. Apparently they are doing three tins for two in their hotdog range Katy informed us. Peter would sashay onto set in a long red dress before donning his working gear and acting up a storm. Way to go Peter, what a diva! 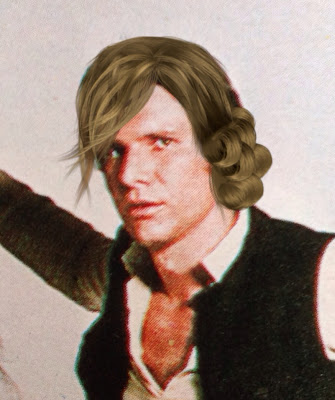 Han was more of a problem, we needed him to look macho, tactile, vulnerable and sexy all at the same time so we crossed a ‘Justin’ with an ‘Owen’ to give him his own ‘Hans Off’ style. Just look at that pout, work it baby!

In my next book Raiders Of The Lost Wig I will reveal more insider secrets when I tell you all about the outlandish requests of Indiana Jones, some will make your toes curl. Here’s a sneak preview of what was really under Indianas hat during filming… 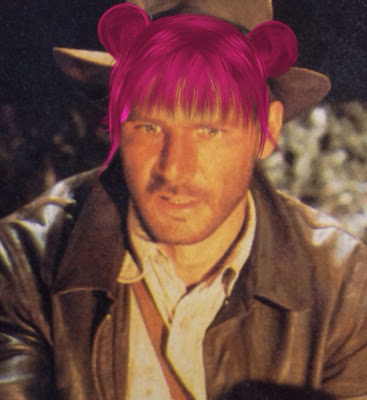 Finally we offer a pet grooming service, should your pet require a Petwig or would like a ‘Justin’ to pop on down. No fur too big or small, prices from £2.45 for a short back and sides to £5.64 for a full Lady Gaga. 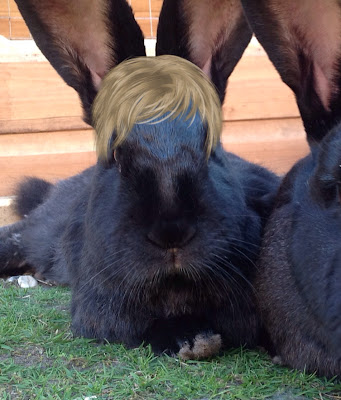 Yay! Trotting Clippers, because you’re worth it!