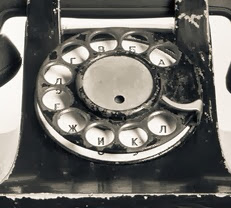 Bare with me on this, it’s not about computers…

Many, many years ago in the very early days of computers and modem use one popular pastime for many computer users was discovering the telephone network. Information was often passed around on BBS or Bulletin Board Systems, a rather home brewed advanced Ceefax type system for those that have never seen one. Essentially you dialled up a number and your computer connected to another user running a board, on them you could find information and assorted dubious other things depending on who you connected to, a far cry from the Internet we know today.

Anyway, the other day I was reading an article about a Phreaker, somebody who studies, experiments or explores the telecommunication systems. Basically they phoned numbers and use patterns and tones to solve puzzles, unearth old exchanges and telephone numbers and even uncover secret areas deep within the communication systems. In this particular story it related a Phreaker who accidentally found an unknown area on an exchange, he tried from several other exchanges to confirm the area but each time drew a blank. It existed and was in operation, that could be confirmed through the use of other techniques but the main exchanges refused to acknowledge its existence.

Eventually after much persistence he managed to get through to some kind of frequency on the exchange and listened in to a man reeling off number after number like some kind of chant very, very quickly, 11,14,11,14,11,14,22,3,22,33 etc then a phone rang and the mans voice said ‘Wake up out there!’. To cut a long story short whatever he had stumbled on caused a few problems, not long after he put the phone down it rang, unnervingly quickly, on the other end was a overly familiar female voice that tried to elicit details. They knew his number…

This story intrigued me, I had heard rumours about it when I got my first modem in the early eighties so to read this story recently bought a few memories back, not of the numbers man which would have been way cool to discover but something even cooler.

Sadly lost many years ago was a sheet of paper torn off an old dot matrix printer in a hurry during a school break in the computer studies classroom hastily printed out from a smuggled in disc, on it was a list of phone numbers but not any numbers these were way before celebrities, governments and assorted other dignitaries decided to go private, they were the numbers of the rich and famous.

I remember looking through them and thinking OMG, I had the phone numbers of Clint Eastwood, Mel Brooks, James Hunt and even authors like Isaac Asimov and Arthur C Clarke. There are moments that make you shiver a little, this was one of them. The bits of information had obviously been gleaned through nefarious phreaking ways and passed from user to user and I had a copy of it. That’s when I started to panic.

Looking further down the list I had Ronald Reagan ( The winter in the soviet has began Sir, press the button ), Frank Sinatra (Go on, don’t be shy, sing us something!), Hugh Hefner (Hi, Hugh, can you send a couple over please?) and even can you believe it the Pope who strangely I can virtually remember the number, it went along the lines of 010-396-69 something, something which incidentally if you type in Douglas Adams How To Leave The Planet you will find the full number along with other numbers from the list I’m talking about.

All very, very strange and unnervingly exciting. Obviously I never phoned any of the numbers I was way too petrified but a friend did, only he opted for a soft number, the dubious DIAL-A-PRO and we are not talking professional plumbers here. He got through then turned into a big blob of unbackboned jelly as they asked him what his preferences were.

I often wonder just what would have happened if I had phoned Paul McCartney and pleaded him to remove ‘Mull Of Kyntyre’ from existence or got Robert De Nero out of bed at some ungodly hour to ask him if he’s looking at me or even, now here’s a special number, phoned Andy Warhol and asked if he had a few empty soup cans he’d finished with.

The list is still out there, I looked around the Internet today and found several versions of it but wonder how many people called the numbers…?