14th January Knickerbockergloria our GoGoDragon arrived from our sponsors Don and Carole of Bluebird Care, Norwich at our backdoor; five Impossimal launches, four new sculptures, three appearances, two signings and one commission slowed down our progress but today, two and a half months later Knickebockergloria left her temporary home for pastures new on the streets of Norwich. 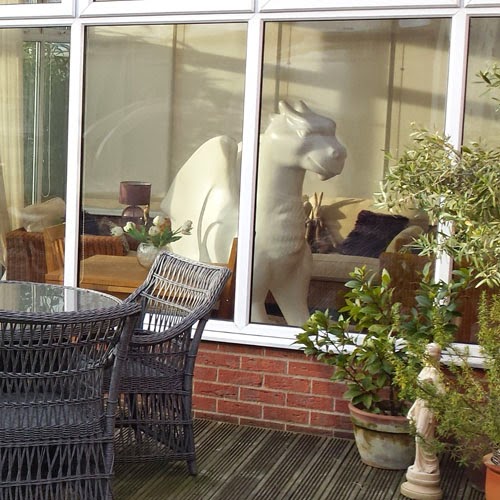 When our dragon arrived she had to be manhandled into the conservatory, the studio was far too small to tackle such a project so she became a fixture, one that we saw everyday. 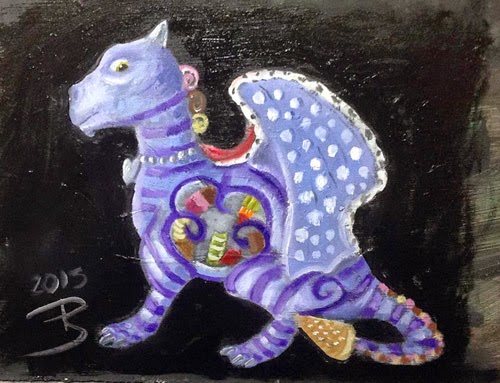 An oil sketch was produced of our initial design, always tricky at this stage as working in 3D never runs as smooth as it’s planned. 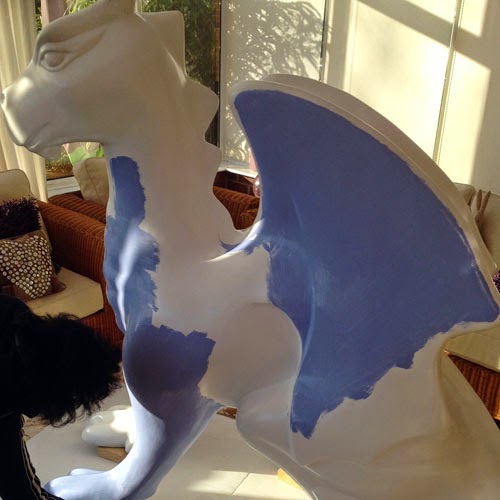 The first job though was an all over paint job for a base coat, we mixed this from standard dulux paint with acrylic tints to get just the right ice blue we needed, it took three coats and 2.5 litres to cover her before we could begin. 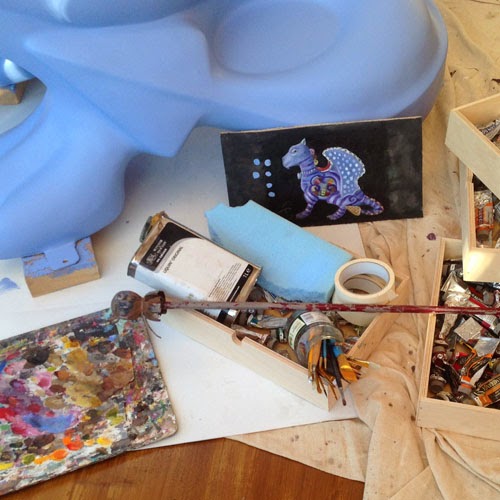 It’s about this stage you realise how mammoth the task is, painting and creating a six foot dragon is no mean feat and moving her around just as tricky. So after our experience with the London Elephant Parade we found an ideal way using plastic sheets and blocks of wood we could tilt her in most directions to make it easier to work on. 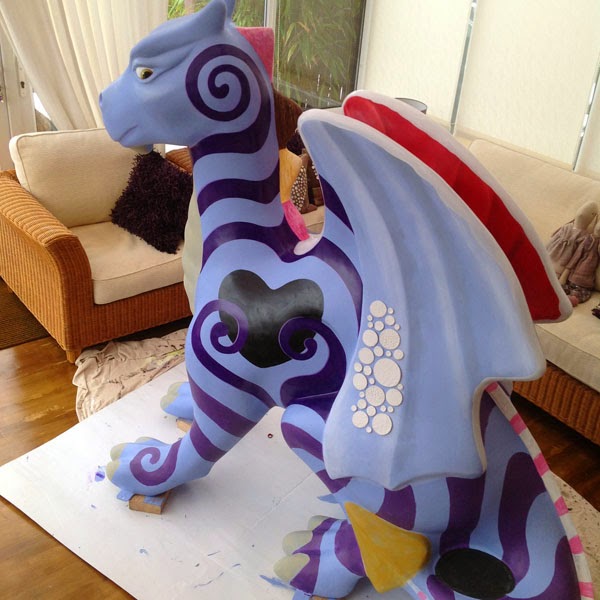 By the end of the first week we had done quite well.
Then work started pouring in; commissions, unexpected opportunities, the cartoon series and personal appearances and launches effectively wiped out most of February for us and Knickerbockergloria started to look accusing at us most days as we passed by on the way to the studio with our heads hung low. 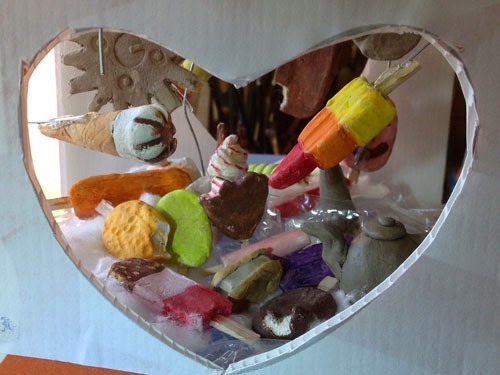 Come March and we were back, the view of the heart had been constructed allowing me to see both sides of Knickerbockergloria’s ice laden insides which happen to include some favourite ice lollies. The mini sculpture took two days to create and paint and a further five days to paint on her sides. 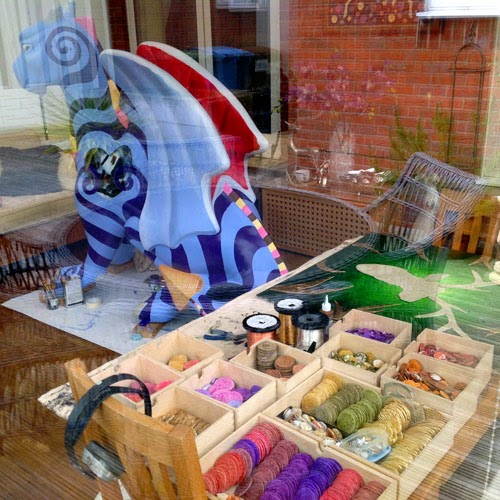 Jayne had been busy too and completed the five hundred ceramic snowflake designs for the wings, all that we needed to do now was attach them then seal them in place, another three days work. 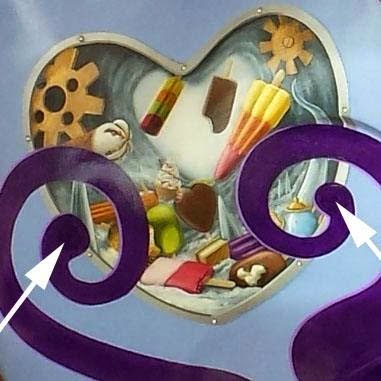 Finally as we nearly reached the end we added invisible NFC tags to the sides and programmed them with information from Knickerbockergloria, simply tap your NFC enabled phone at these points to read them when you meet her. 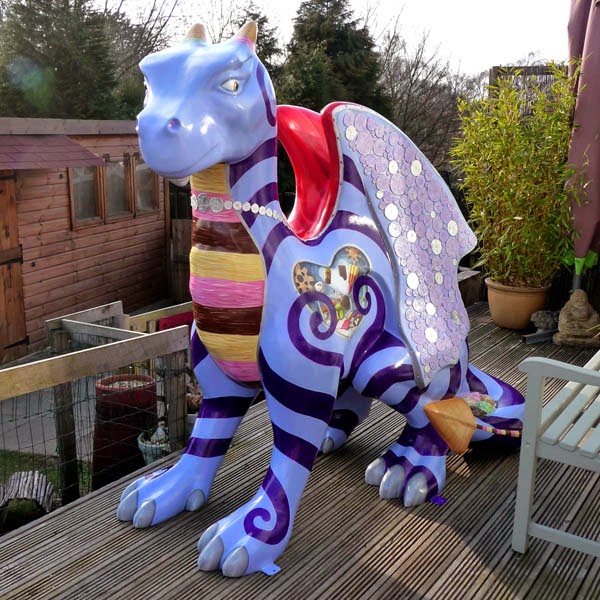 Mid March and she’s free! Ready to go to the garage for a few days whilst she gets her coat sprayed with glitter! 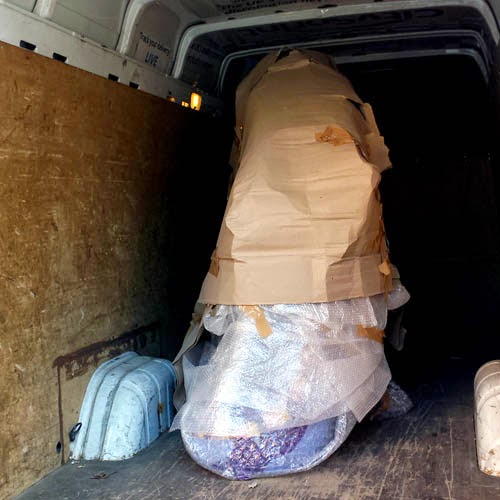 Today we said our goodbyes for now and watched her depart in her silver coach (white van) soon to arrive at her new home in Norwich and eventually she will be looking for a permanent home when she goes up for auction later this year.

If you want to visit Knickerbockergloria then watch this space as we will be publishing details of just when and where she will be through the Summer months. Send us your photos if you see her and we will include you on a special Knickerbockergloria special in our Autumn/Winter magazine later in the year.