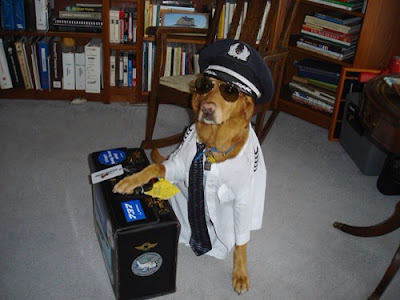 Are you from the future? How would you know if you are? Take our brand new time travelling quiz to find out. Are you Dr Who or Dr WTF? Do you own a hover board? Have you ever walked in on yourself on the toilet?
1. The answer is a burning ring of fire, what is it referring to?
A) A song that I used to like when we still had milkmen, we bought things with thrupenny bits and shops were shut on Sundays.
B) Last week when I nearly turned myself inside out screaming in pain after eating a particularly large madras with extra chilli and had to apply ointment to third degree burns and mend the toilet.
C) The destruction of Krudigan 7, the largest interplanetary civilisation that was destroyed in 3152 by an explosion from a space pig that collided with the sun. A resulting blast that created new life forms including one evolved from mice that could only squeak the word ‘plunge’
2. You realise after leaving the house that you have left the kettle on the stove, what do you do?
A) Return home because I can’t walk very far nowadays and make my self a cuppa then listen to the radio just in case Arthur Askey is on or maybe Vera Lynn. I love a bit of Glen Miller I do, reminds me of a knee trembler I had one time just as the bombs started dropping…
B) Ignore it because this is the twenty second century and electric kettles have auto switch off, nobody uses kettles and stove combos anymore, microwaves, its the future. Pass me my microwave dinner, I’m starvin’
C) Panic and materialise in 1724 just as the first kettle was being invented, smash up the prototype and repeat until kettles no longer appear in history and tea fails to secure a mass market appeal. Go home and use your Intellibrew to construct a mug of coffee from reconstituted beans from the Mayan Empire in 253AD
3. What is your favourite television program?
A) Ooo, I do like a bit of Clark Gable or Laurel and Hardy, have they made a new series? I’d love to see them again, them and Champion The Wonder Horse. I wonder if Shirley Temple is on tonight at the flicks?
B) Dunno, television program’s are rubbish nowadays, what with Game Of Breaking Bad and Y-Factor, its a bit like X-Factor but more pants but at least I get to sit and eat more whilst I moan.
C) I love to watch Spacebabyxxx In Eastenders, the storyline with the mutant cat that destroyed Drairy Barlows hairdo still cracks me up, I don’t mind a bit of Strictly Come Zero G, although I still can’t recognise any celebrities. Big Brother XXXXXVVVVVVII was quite good, the idea to drop the BB house and its occupants into a supernova was inspired, beats the vote and ejection they used to use with the catapult.
4. What’s your scariest moment?
A) Once, when I was making a cup of tea the phone rang. Fair made me jump that did, I nearly scalded myself, after that I disconnected the phone because let’s face it nobody rings me anyway and it frightens me. I mean voices from a bit of plastic, its just not right I tell you.
B) There was that time that I needed to go really, really bad, it was touch and go that I’d make it in time. I was drunk so fumbled with the lock, when all of a sudden my stomach gave a lurch, it was coming. I shot through the door and rushed upstairs before exploding in a torrent as I sat barely having chance to remove my trousers. Neighbours banged on the wall, dogs howled, children wept although I don’t remember making too much noise. I later received a bill from the local sewerage company after three employees passed out as they cleaned one of the pumps and they found my underpants.
C) It was 1066 and I stood next to King Harold as a barrage of arrows came our way, ‘duck’ I said ‘they will have somebodys eye out’. Harold looked up and uttered ‘Where?’ and the rest is history. Scary thing is that it could have been me!
5. Is your first name Doctor and your surname Who?
A) Mr Doctor is Jock McTavish and he looks after my lumbago and stiff hips. I’m good for my age you know, look at my teeth.
B) I don’t need no doctor, this is puppy fat that’s all. A good burger never did me any harm as did none of this chocolate or chips or cereal or lard.
C) Only when I have had a drink in Lapaloosaka on planet Wibble IX, you should have seen the Gwatagaarg’s face when I smashed the Kessel Run in under two parsecs. ‘Who you’? he said, I said ‘Me not who, you not who too!’. How we laughed. I then pressed the airlock button and turned him inside out arsehole first.
HOW DID YOU DO?
Mostly A’s – Sorry, you are not a time traveller, your are a time ditherer and spend most of your time wondering where time as gone as you were sure it wasn’t this time five minutes ago.
Mostly B’s – Sorry, you are a time waster and spend most of your time eating, drinking and watching rubbish whilst surrounding yourself with labour saving devices.
Mostly C’s – Sorry, you are a time traveller, no, really, I’m sorry you are because you can go back in time and rewrite this quiz so it says you are a time traveller. You could even change this bit to say something about HENS TEETH ARE THE BEES KNEES that will not make sense to anyone.