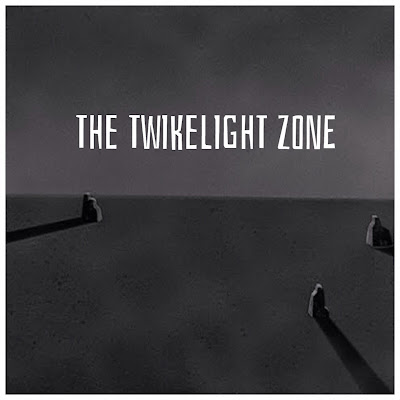 Jack Appleworth was a mild manned man with a passion for steps, find out just what happens when Jack meets his fickle finger of fate in this weeks Twikelight Zone…

Mabel and I had been planning the trip for a while, checking off provisions to make sure that we didn’t run out, had enough warm clothing for the ascent and taking regular walks to the shops to keep our fitness levels at a peak. We knew it was going to be tough but we were ready for it, tackling the 199 steps at Whitby Abbey was going to be our crowning glory.

We had already conquered the grand staircase of the Ambassador Spa Hotel in Scarborough and took on the Imperial Hotel staircase in Blackpool after they booked us on the third floor so we felt we had enough experience tucked under our belt.

3:30pm We arrived at the Bagdale Hall Hotel in Whitby and unpacked. One good night sleep later and we will be ready. Excited!

After a hearty breakfast which made Mabel burp uncontrollably at other hotel guests rather embarrassingly we put together our provisions and made our way through town to arrive at base camp. The first step. The smell of smoked kippers and the sound of crashing waves filled the air, it was magical. Even the sun was shining away, fortune smiles on us.

My it looks a long way up! Mabel turned to me with a worried look on her face but I dismissed up her concerns with a flick of my wrist. Fame and fortune lay ahead and possibly a good photo opportunity for our burgeoning photo album that we loved to show our guests.

We took the first steps, not too bad I thought and easily leaped up the first ten. Mabel wasn’t so quick and gingerly shuffled up holding onto the handrail, I suppose her hip operation wasn’t helping or the fact she was on crutches.

Step number 34 and we could feel the task ahead starting to bite. Fearing dehydration we both stopped and huddled into one side of the thin slender step, one slip and we would tumble to our doom. Mabel pulled out the thermos flask full of piping hot tea. Unfortunately she then fumbled with the lid and off it went bouncing away down the steps. I scalded Mabel, ‘tea is what drives us on!’ I said, ‘leave the damn flask behind, we can risk splash damage on the egg and cress sandwiches, it’s orange juice from here on!’

I drank my tea in silence, Mabel leant on her crutches and whimpered.

By now we had reached the halfway mark, step 99, a remarkable achievement given the time and decided to make camp for the night. Mabel insisted that 99 was indeed good enough to be halfway but I know she was wrong. I straddled steps 99 and 100 for most of the night to prove the point that I was half way not Mabel. It was tricky trying to erect the tent but after tying the guide ropes to the hand rail and hammering in a few pegs to a small wooden bench we had made something we could call home.

I got out the little portable camp stove that we always take, Mabel took the large gas bottle from her rucksack and clipped it into place. I think there must have been a little leak from the bottle for when I lit the stove the resultant fire flash took off Mabel’s eyebrows and set fire to the tent. We retreated to step 98 for safety and watched in horror as the nylon sleeping bags caught fire too. Thinking quickly I kicked the burning stove into the tent, the shear weight of the 10lb gas bottle pulled the tent and it’s contents from it precarious mount and off it tumbled in a fiery ball of hell only to explode some distance below.

We were stranded, all we had left was our small provisions bag and each other. With night closing in we needed some where to retreat to. We were already too far up to turn around, it was treacherous enough without the added difficulty of nightfall. We decided to camp under the wooden bench the tent had been fastened to. We removed the few burning pegs that was left embedded in it and took off Mabel’s cardigan. The crutches made a makeshift structure once the cardigan was opened out fully and we had a fitful cold sleep until the gentle fingers of dawn woke us both.

Breakfast was a disaster! Mabel had forgotten the sandwiches and orange juice! I severely rebuked her for such an oversight, all that was left was a few hob-nobs and a custard slice, sustenance that would only last a few more steps. I resisted the urge to push her over but dear god it was a hard decision, the whole expedition hung in the balance.

I had not spoke to Mabel for two hours to teach her a lesson, I had also hidden one of her crutches as punishment and now she was mewling she was hungry. We had reached step 124, the dizzy heights played with my mind, I had heard of rumours about altitude sickness, was this it? Hunger started to raise it’s ugly head and my stomach angrily protested at its emptiness. Mabel had secretly concealed a Fruit and Nut bar, I only found out because she occasionally had to catch her breath and as she turned away from me had a quick bite. How deceitful we get under pressure!

The hunger! The hunger! All I can think about is food, every step is agony, food, drink, food, drink that’s all I want. Step 142, food, step 143, drink. My god, we are not going to make it, man can only survive for so long without food. We could see from our lofty height right across the harbour, right across the harbour to see the famous chip shop called the magpie! Food, glorious food! Mabel said why can’t we ask the other people going up and down the steps for help but I knew dear reader she was plotting something, she always talks like this when she has a secret. Maybe she has more food stashed, yes, that’s it, she has food the little liar.

I kept my thoughts to myself and hurried her on.

I didn’t mean too, I mean it’s the hunger isn’t it? As she waddled up the steps swaying all I saw was a joint of ham, I swear thats what I saw coming towards me. What have I done! Only twenty steps to go! Oh Mabel, Mabel, Mabel, damn me! Damn me!

Damn me you were tasty girl!

Destined to wander the 199 steps of Whitby Abbey for eternity Jack lives his nightmare everyday searching for a step he will never find, a step that only exists in the Twikelight Zone…