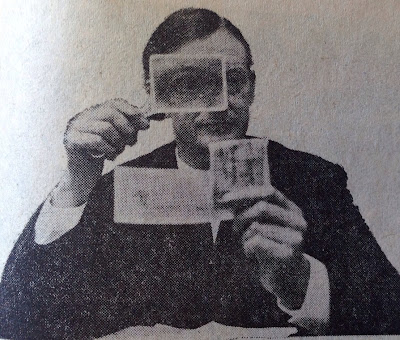 Detective Sergent Collywobble here and today I want to tell you about some of the improvements to the police force in your area and assure you that government cuts will not effect you in any way. Don’t forget to dial 01821-PIZZA-XPRESS to get through to our handy Polica-Pizza-Pie ordering service which in no way is run to help with the cutbacks. 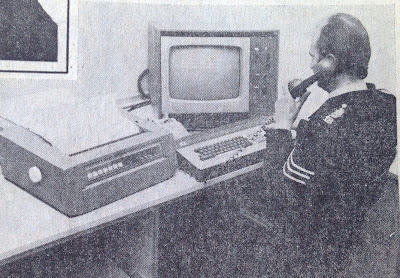 After scanning your postcode we see your area has received a massive investment in technology after the government allocated £26.56 in old money allowing us to purchase the latest equipment. Pictured on the right is PC Dumblenerd operating our new Commodore 64 rapid response unit. Be assured all our crime statistics are recorded on cassette tape for later use and may be chewed up by the tape recorder in court. 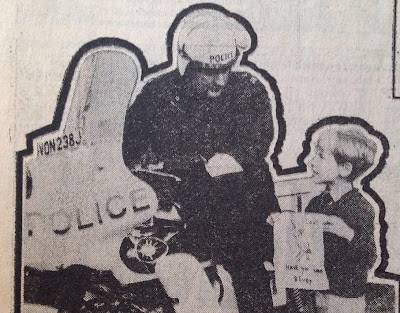 Unfortunately due to the cuts we will now be implementing speed traps for the under tens. This youngster got a £200 fine, six months in the slammer and had to go to a tricycle awareness course after exceeding 2mph on his bike. Here the officer is patiently putting up with his abuse as he issues a ticket before arresting him. His sister got off lightly as we only smashed up her dolly and pulled the wheels off her bike, let that be a lesson to all young criminals! 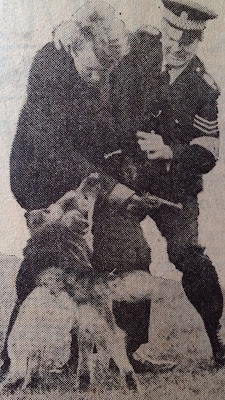 Police dogs will take on even more vital roles in the force other than biting bad men. From today they will also be responsible for all paperwork and occasionally operate our 999 service. Our new Canine Paperwork Division will also attend football events on horseback to offer security for police on the front line. 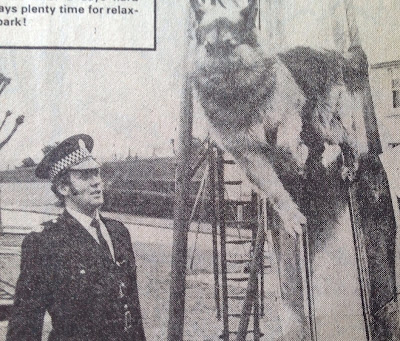 If I catch any police dogs posting silly pictures on Facebook or Twitter like Andrew above arseing about on a slide they will face disciplinary action. Now that we have moved the dogs to desks we need a new Police Dog unit, something more willing to tackle real villains and with the ability to scare criminals into submission. 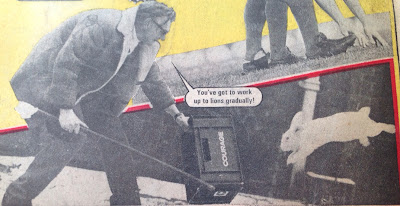 So with that in mind we now have Police Rabbits, highly trained bunnies with extraordinary abilities capable of kicking a fleeing suspect to the ground. Here, Oscar tackles a criminal with a crate and a stick by leaping six foot into the air and karate kicking him senseless.

Police Bunnies will become a familiar sight in your locality as they perform routine patrols, please do not distract them from their duties with promises of carrots, interfering with an officer on duty is a criminal offence.

That concludes our neighbourhood update and I hope I have reassured you all that as police we are a force to be reckoned with.