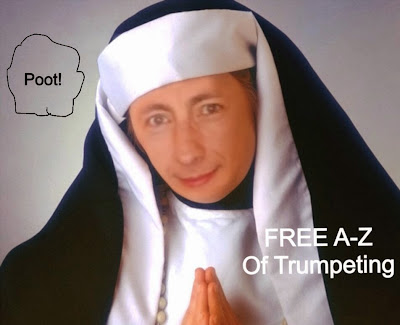 ARAPTURE – Passing gas at such an high speed that internal Fracking occurs and your legs tremble uncontrollably as you sink to the floor.

BRUMPING – Like a trapped burp this one sits at the edge until it expels with a Floomph, similar to the sound of a gun being muffled by a cushion.

CRICKETTY – Unexpected high volume gas that squeals out in multiples of three and causes insects to reply. e.g. ‘I though I was going to Brump but it came out all Cricketty and now I’m surrounded by grasshoppers.’

DUMPLINGTON – The low rumbling sound that precedes an Effinghell. Approximately 2.5 on the Richter scale.

EFFINHELL – A rumbly Dumplington start that increases in speed and pitch that ends in a noise similar to ripping calico. Often heard in toilet cubicles – ‘Effinhell mate, are you alright?’

FARTASTIC – A bottom cheer that draws applause and congratulations.

GRUMBLETOOT – An uncomfortable emission that ‘flaps’ as it erupts and wavers between low and mid tones but also comes with an unpleasant odour. ‘You Grumbletoot like that again and I’m putting you outside.’

HARK! – Sounds like a platoon of angels with trumpets has just announced your arrival, finish with a flourish by saying to those around you ‘Ta-da!’

INSTRUCTOR – The once in a lifetime passing of gas that surprises you in some way and teaches you something new about your body.

JAMMER – It’s there but it won’t come out, when it does it has the loudness of a Rasta Ghettoblaster and causes you to have a bit of a boogie in celebration.

KRACKERKNACKER – Often felt when wearing restrictive clothing like a wetsuit. Unable to escape the gas actually comes forward looking for escape holes whilst emitting a sound like Squeee!

LUNGER – The bending of knees to aid release, often suppresses the noise by allowing a bigger release area. Also called the ‘Ello, Ello, Ello’ after the stance often taken by Policemen of old.

MOOLAH – The noise you make which is a combination of coughing and retching when you walk into a Nastypasty.

NASTYPASTY – Gas created by eating from highstreet sandwich chains every lunchtime. Never much noise when released but has the ability to clear rooms.

OOMPAHPUMPAH – A small annoying trumpet that sounds like a bass drum but brings tears to your eyes and makes your face red.

PRAMWHEELS – High pitched wind that sounds like a squeaky wheel. ‘Wow! I have never heard Pramwheeling like that before, do you need stabilisers or a bit of oil?’

Q-CUTTER – A silent emission that has the ability to reduce queues in supermarkets and render small children unconscious.

RECTORCORRECTOR – A small gusty twister that rotates your exit point by 180 degrees and causes you to walk a few paces like you are clutching a thruppenny bit between your cheeks.

SLIPPYSUPPLER – One that doesn’t touch the sides but parts the hair of a friend. Also called a Frictionfreefrump.

THE VOICE – Breaking wind on public transport to see who turns around first.

UGG – One that even you are disgusted with causing you to screw up your face and blame the dog.

VICTORIANSHUNTER – A wind so powerful that it threatens to rip the space time continuum and catapult you back a hundred years.

WHIPPERSNAPPER – Like the cracking of a whip it rapports across vast distances often up to two miles away and leaves you with a temporary deafness. ‘Did you hear that whippersnapper Mabel? It’s made my nose bleed.’

X-FACTORING – A wobbly noise that sounds like a cross between singing and pleading, often brings tears to those around you.

YULETIDER – A most dreadful emission only ever experienced after dinner on Christmas Day when the effect of all the rich food, chocolate, brussels and assorted nuts combine to bring you an absolute duffle coat of a trumpet that sticks to clothing and smothers furniture for several hours.’Jeez, which Yuletider has dropped a blanket? Nobody light a match until I open a window.’ Not to be confused with a GHOSTOFCHRISTMASPAST.