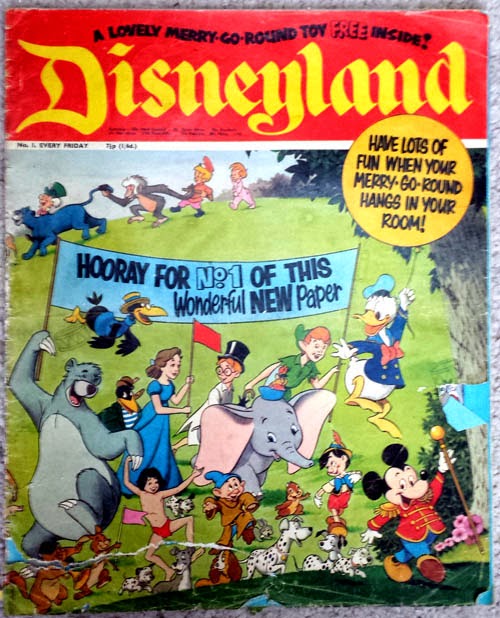 As you may know, not know or don’t care I used to collect comics. Not in a hoarding way, more of a preservation way as I used to target the precious first ten issues of titles I found interesting. Of course this sometimes spiralled out of control and I ended up with many more but I tried. Here’s a few from yesteryear including my treasured full set of Disneyland, the very first comic dedicated to everything Disney of which the first issue is shown above. This was a fantastic reference point for all the Disney characters as plenty of the comic strips were drawn in house rather than farmed out, a joy to re-read after all these years where the quality shines through even down to the expensive shiny paper it was printed on, all for 1d (7 1/2p) 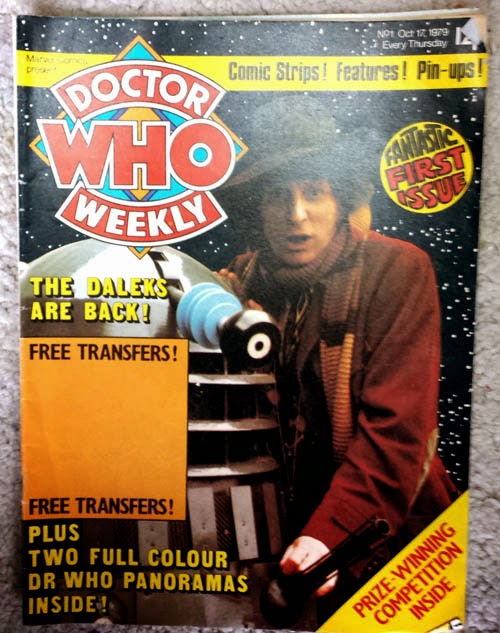 Who could resist a copy of the first issue of Doctor Who in 1979 with a pout faced Tom Baker on the front? The stories were a little naff but the gist of it was there including behind the scenes and pull out panoramas to keep us entertained. 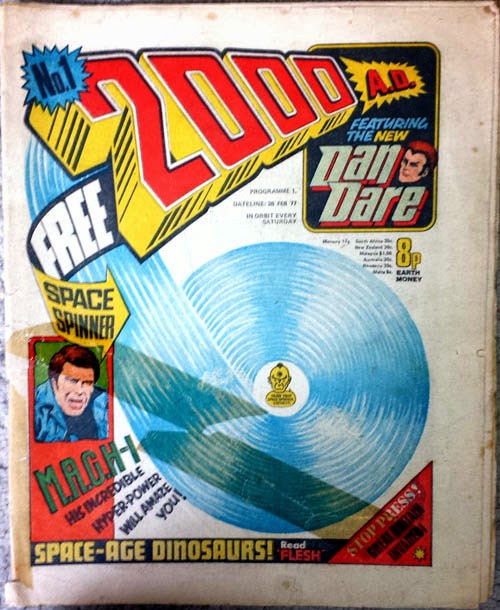 The mighty 2000AD really blew me away when it was launched with its powerful and superbly illustrated stories. The editor Tharg was a bit of a dick but it included some terrific characters including Judge Dredd (issue 2) and Strontium Dog, it went on to become my most collected comic with the first two hundred safely tucked away. 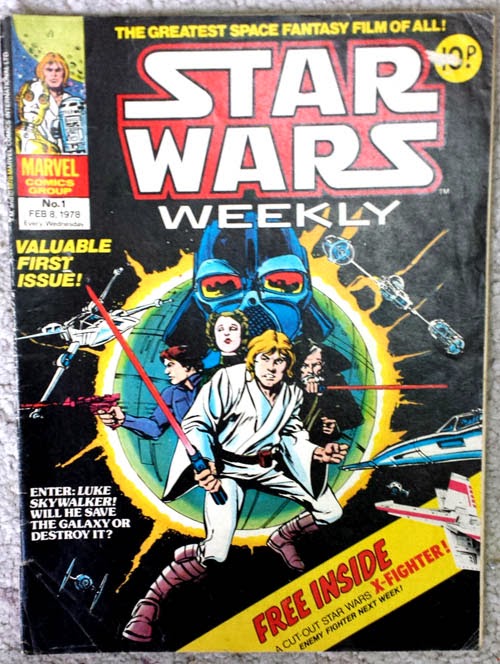 Star Wars had to be in there didn’t it? Although by this time even the comics were touting the fact that it was the Valuable First Issue which normally meant they had printed loads more in anticipation of a kiddy rush to the newsagents. I played with the free gift which makes it less valuable money wise but priceless to me as a memory of X-Fighter combats with friends. 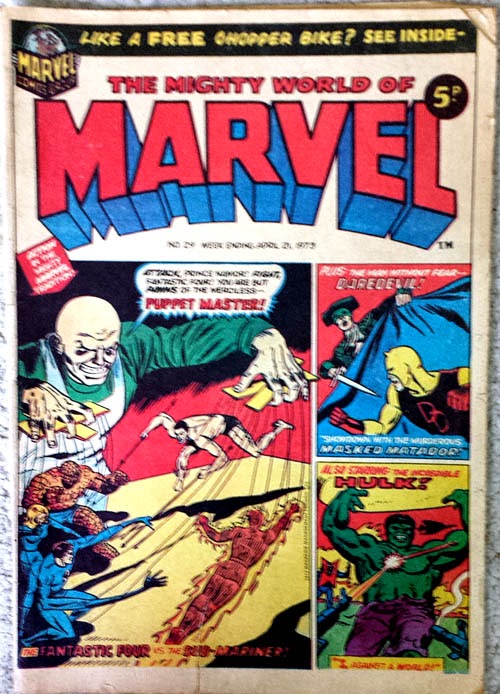 Last but not least I also collected the first run of Marvel comics, a mish mash of stories printed on dubious paper for the UK market. It was the first chance to really see the superheroes in action unless of course you had a news agent in the early seventies who imported such stuff. This one is from 1973, a whopping 41 years old making my childhood seem so far, far away even though the memory of handing over a shilling (5p) still seems like yesterday.

I could go on with the list – Krazy, Whizzer & Chips, Whoopiee, Topper, Shiver & Shake, Monster Fun and many, many more reside in my collection, all cherished allowing me to hang on a little bit longer to my childhood.