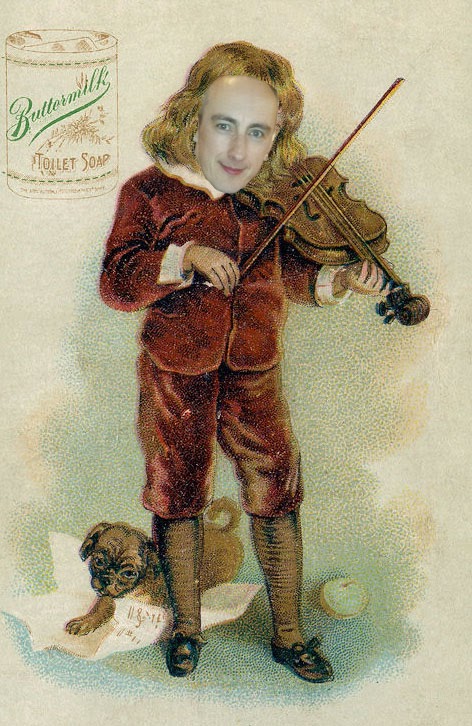 ‘Rapunzel, Rapunzel, let down your hair to me!’ shouted the valiant Kings son.

There was no answer, only a small grunt from the enormous tower.

‘Rapunzel, Rapunzel, let down your hair to me!’ shouted the valiant Kings son again.

‘Jeez’ shouted back Rapunzel, ‘Can’t I take a crap in peace!’

And with that the Kings son shook his head and rode away.

Mirror, mirror, on the wall,
Who in this land is fairest of all?

To this the mirror answered:

‘You, my queen, are fairest of all.’
Then she was satisfied, for she knew that the mirror spoke the truth. She also knew she was completely off her tits on Opium and immediately started a conversation with a four legged chair.

What they said was very true; for a few days later, the king’s son had it proclaimed, by sound of trumpet, that he would marry her whose foot this slipper would just fit. They began to try it on the princesses, then the duchesses and all the court, but in vain; it was brought to the two sisters, who did all they possibly could to force their foot into the slipper, but they did not succeed.

Cinderella, who saw all this, and knew that it was her slipper, said to them, laughing, “Let me see if it will not fit me.”

He had Cinderella sit down, and, putting the slipper to her foot, he found that it went on very easily, fitting her as if it had been made of wax.

‘We have found the strumpet!’ shouted the King, ‘Wretched be the girl that left us with a ten tonne pumpkin in the driveway and a plague of white mice to clear up, take her away and beat her severely with her shoe!’

“Grandmother, what big arms you have!”

“All the better to hug you with, my dear.”

“Grandmother, what big legs you have!”

“All the better to run with, my child.”

“Grandmother, what big ears you have!”

“All the better to hear with, my child.”

“Grandmother, what big eyes you have!”

“All the better to see with, my child.”

“Grandmother, what big teeth you have got!”

“For god sake all you do is ask bloody questions? It’s like a game show. Do you realise the trouble I have gone to with this disguise? This bonnet was a nightmare to fasten with these claws.”

“Bugger me, a talking wolf!”

At last he came to the chamber, and when the king beheld Sleeping Beauty, who seemed to be enchanted, he believed that she was asleep, and he called her, but she remained unconscious.

“Get up you lazy cow.” he whispered but she stirred not. The alarm clock he had set rang and rang but still she did not stir. A bucket of the coldest water poured over her had no effect as neither did the gunpowder keg that exploded under the four poster catapulting her into the ceiling. In desperation the king did the only thing possible in the circumstances and reached into his deepest pockets.

Suddenly Sleeping Beauty sat bolt upright as the king pulled out his credit card. ‘Here, buy what you want’ said the king  through gritted teeth and with that she snatched the Black American Express and ran out of the door to buy some shoes.

So one day when a great wagon with eight horses stopped on its way through the village, Dick made friends with the wagoner and begged to be taken with him to London. The man felt sorry for poor little Dick when he heard that he had no father or mother to take care of him, and saw how ragged and how badly in need of help he was. So he agreed to take him, and off they set.

‘So are you Big Dick or Little Dick?’ asked the wagoner.

‘I do not sir but I come from a long line of Dicks, Dick by name Dick by nature.’

‘Bet the time just flies by in your household doesn’t it.’