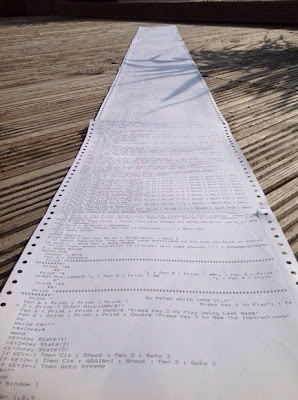 I replaced my ageing computer a few weeks ago after it decided that after receiving update number 63,542 from Microsoft that it’s mere 2gb of ram was unsurprisingly not enough to run an already struggling Windows 7. It’s served me well though, it was purchased in 2006 so I suppose eight years without any upgrades is quite good going. It did make me realise just how far everything has come in the last thirty three years that I have been involved with computers.

It all started with a Sinclair ZX-81, a 1k beast that had a tendency to overheat, had no sound and a screen resolution far smaller than an iPod nano. Oh, it only displayed black and white and shut the screen down if it had to think hard and use the FAST mode. 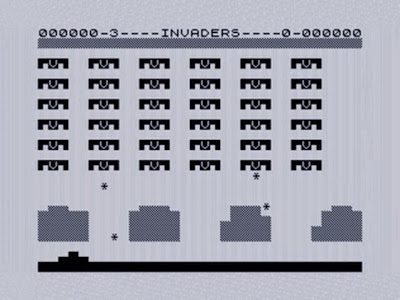 As you can see it was all rather chunky!

There was no digital downloads and very little in the way of games, everything had to either be loaded from cassette tapes or more often than not typed in on its small squidgy keyboard. 1k is not much memory, only 1024 characters long but surprisingly enough for some programmers to write a chess program, breakout games and even simple space invaders. Thus began my fascination with computers and in particular programming.

I started out simply and created small scrolling dodge games, basically you had to move a ‘V’ symbol left or right to avoid the advancing ‘O’s or as I described it at the time ‘Pilot your spacecraft through an asteroid field’. Things soon started to gain momentum though when I purchased my next computer, the popular Sinclair ZX-Spectrum.

It changed the way I learned and fire my imagination as I started to write games. Pretty soon I was duplicating cassette tapes with several new games that I had created. ‘The Road’ a Frogger variant and ‘Lazer Defence’ was the first two which I tried to sell at Microfairs, I followed it up with a Maze / Snake game and several adventure games. From this I went on to purchase more computer systems, everything from Amstrad CPC’s, BBC Model B, Acorn Atom, Vic-20, Atari 800, C64, Apple II and on and on through Atari ST, Commodore Amiga’s and virtually every machine available learning as I went along. It was invaluable training although at the time it was just a nice pastime.

I wrote games and utilities on most of the machines, the long bit of paper at the top of the screen is a game called ‘Crazy Millionaire’ written if I remember correctly in STOS, an advanced graphic based language on the Atari ST. A massive undertaking that allowed you to live the flamboyant lifestyle of the rich and famous. I never did finish it even though it took me months to get to this stage.

Last night I sat at my new PC and just stared at its screen. It runs Windows 8 so instead of seeing a familiar desktop I was instead confronted with lots of colourful squares. Everything I used to tinker with had been politely hidden away. Don’t get me wrong, it’s nice, easy to use and far superior to what I was used to before but I can’t help but feel technology in its quest to become so user friendy that it has taken away part of the process of understanding. From computers many years ago being switched on to a blank screen and a flashing cursor saying ‘come on, think of something to do with me!’ we now have computers that powered up give you a fancy display saying ‘hi user, here’s what you can do with me!’, a subtle enough difference to change the way our brain operates with technology as another bit of our thinking processes gets taken away over time.

Never again will our children get the chance to pop into WHSmiths and saunter over to their computer display and press the ‘BREAK’ key to stop the demo on a ZX-81. It took then only moments to type…

…and walk away knowing the absolute pleasure of your digital vandalism.

Yes, thirty three years of clandestine programming and endless hours learning a new language had enabled me to fill a television screen with COCK!’s in seconds, just think what I can do now!